Nine-set Trilogy Back To The Future 4k Steelbook Time Circuits 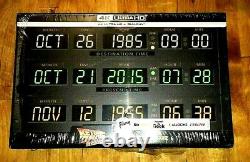 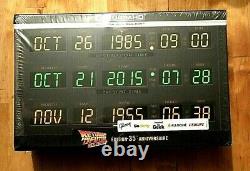 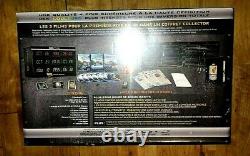 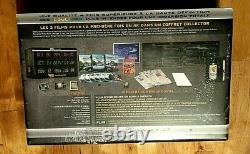 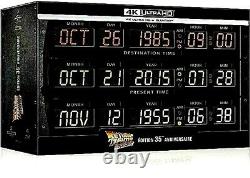 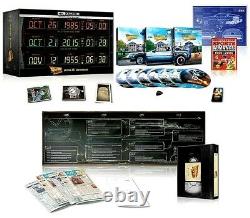 The bonus blu-ray with 1 hour of new supplements. A fake vhs box with a drawer. The French script of the first film (60 pages). A poster timeline of the 3 films. The mcfly family's lenticular map. The lenticular map of the tombstone emmett brown / clint eastwood. A postcard inauguration of the clock. 4 newspaper excerpts before/after changes to events. The blueprint poster of the delorean.

A \"back to the future 1\" magnet. Contains: - Back to the Future (1985): the action takes place in 1985... But not for very long. For the young marty mcfly will soon be propelled into the past, more precisely in 1955, aboard a delorean running on plutonium, a car created by the eccentric genius doc emmet brown.

But by inadvertently preventing his parents from falling in love, he provokes a chain reaction that disrupts space-time and risks destroying his own destiny... Back to the Future ii (1989): Marty and doc go back on an adventure, but this time in 2015. But by a combination of circumstances, hill valley has been transformed by biff tannen become marty's rich and powerful father. The only way to restore order and return once again in 1955... Back to the future iii (1990): fulfilling an old dream, doc brown found himself thrown into the far west of 1885.