French Metallica Blu-ray For One Night 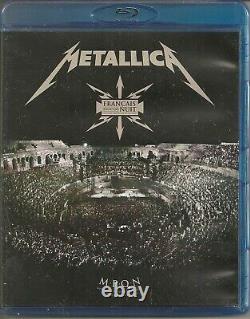 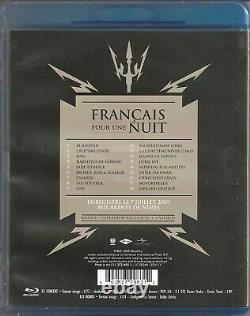 \" The legendary metallica band decided to honour its French audience by offering them the concert recorded at the arenas of Nimes on July 7th. A live blu-ray that has the name \"French for one night\" 'French for one night'takes over the entire concert. The 4 riders of the apocalypse, james hetfi eld, lars ulrich, kirk hammett and robert trujillo, arrive at nimes and enter the coliseum, through the gladiator tunnel, and deliver us an unforgettable concert. Fans will also be able to enjoy an interview with band members as well as exclusive video bonuses including videos shot by fans during the show. French for one night is unique not only because it was trusted in France, but also because all aspects of the project are French...

Except for the group, of course. The item \"blu-ray metallica French for one night\" is on sale since Monday, January 11, 2021.