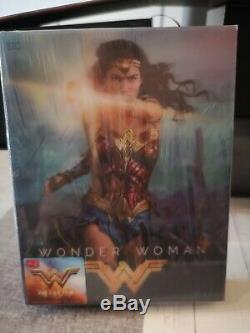 Beautiful blu ray Steelbook the film. Product totally as new (see photo). Steelbook sheath and always under cello. The object was opened very neatly to the side in order to appreciate the quality of the Steelbook.

The item \The seller is \This item can be shipped to the following countries: France, UK, Germany, Switzerland, Italy, Spain, Netherlands, Belgium.