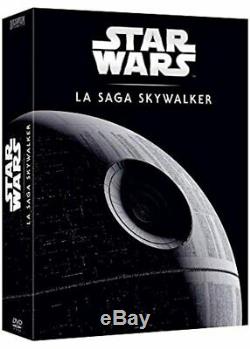 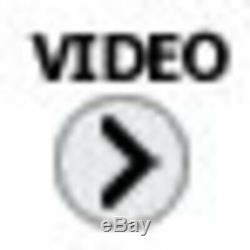 Digipack box contains: - \: a new hope \: the last jedi \Contains: - Star Wars - Episode I: The Phantom Menace (1999) stranded on the planet Tatooine after rescuing the queen amidala (Natalie Portman), Jedi apprentice Obi-wan kenobi (ewan McGregor) and his master-gon jinn (liam Neeson) meet a young slave, anakin skywalker. Thanks to the strength, the boy covers his freedom and leaves his planet to become a Jedi. Back on Naboo, Anakin and the Queen face an invasion, while the two Jedi confront the terrible dark maul.

They quickly realize that this invasion is only the first step of a plan led by the Sith, servants of the dark side of the force ... Star Wars - Episode II: Attack of the Clones (2002) ten years have passed since the invasion of Naboo. Anakin Skywalker (hayden Christensen) is now the apprentice Jedi knight Obi-wan kenobi (ewan mcgregor). An assassination attempt is made on the former Queen of Naboo, Senator padme amidala (Natalie Portman), and the galaxy is on the brink of civil war.

Anakin, designated to protect the senator, falls for padme and begins to discover his own dark side ... Anakin and Obi-wan padme kenobi are trained in what will become the Clone Wars ... Star Wars - Episode III: revenge of the Sith (2005) years after the clone Wars, the Republic collapses, leaving room for the empire.

Shareholders Anakin children, a boy and a girl, are the only hope for the galaxy ... Star Wars - Episode IV: A New Hope (1977) nearly twenty years after the advent of the empire, young luke skywalker farmer (hamill mark) meets obi-wan kenobi (alec guinness), who lives as a hermit in the desert planet tatooine. Obi-Wan begins training luke to become a Jedi, tells him fighting rebels against the empire, and reveals the power of force. Luke and Obi-wan soon accompanied by Han Solo mercenary (Harrison Ford) and his friend wookiee chewbacca, join forces to rescue the princess leia (Carrie Fisher), kept prisoner in the Black Star by Darth Vader Star ... Wars - episode v: empire against attack (1980) after the destruction of the black star, imperial forces leave in pursuit of the rebel alliance which suffers a heavy defeat on the planet hoth.

Luke Skywalker (Mark hamill) then travels to the planet Dagobah to receive the teachings of the Jedi master Yoda. Meanwhile, in Cloud City, Darth Vader tries to attract luke into a trap by removing Han Solo (Harrison Ford) and Princess leia (Carrie Fisher). When luke comes to their rescue, he must fight Darth Vader lightsaber and confront a revelation that could change the course of destiny ...

Star Wars - episode vi: Return of the Jedi (1983) while the empire prepares to crush the rebel alliance with a new black star, luke skywalker (mark hamill) rescues han Solo (harrison ford) from the clutches of jabba the hutt. In endor forest, the rebels are trying to destroy the new weapon of the empire with the help of the Ewoks.

Luke confronts his father Darth Vader again in an epic duel in the heart of the black star. Vader must deal with the most important choices ...

The life of his son and the freedom of the galaxy are in play Star Wars:. Wake of force (2015) 30 years after the battle of endor the galaxy is still suffering the tyranny and oppression. Members of the rebel alliance, become the \A warrior mysterious Kylo ren seems to worship Darth Vader and ruthlessly pursues any opponent. Meanwhile, a young woman named rey, plundering of wrecks on the desert planet Jakku, will make the finn meeting, a stormtrooper run.

This meeting will change his life ... Star Wars: the last Jedi (2017) the first order reigns. Only the general leia organa and hunters of resistance oppose the incipient tyranny, convinced that the luke skywalker jedi master can give a glimmer of hope in the fight.

While young rey goes looking for her, resistance lets surprise. The first class is now able to completely destroy the rebel base ... Star Wars: the rise of Skywalker (2019) conclusion of the saga skywalker.

New legends will be born in this epic battle for freedom. The item \The seller is \This item can be shipped to the following countries: France.